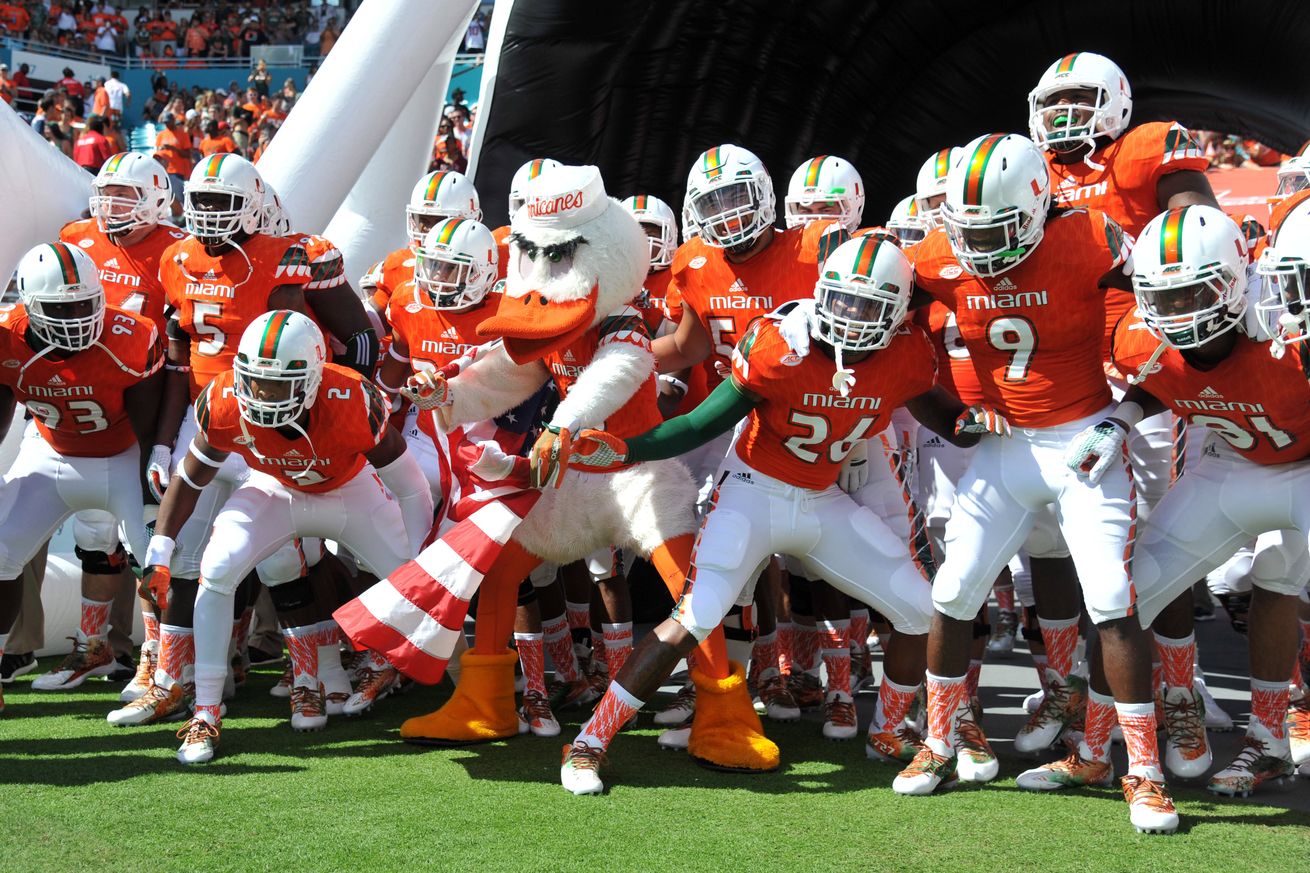 The University of Miami has dropped out of the national polls after climbing into the top ten in Mark Richt’s first season at the helm. And there is a tendency to panic right now, especially after coming off that loss to North Carolina. The Hurricanes had to be in a state of at least some depression after being turned back by the missed extra point that snatched defeat from the jaws of victory against Florida State. And they fell into the kind of “trap” that teams often worry about.

Now, in a Thursday game that kicks off at 7 PM ET at Lane Stadium in Blacksburg, VA (televised by ESPN), they face a potentially rough evening against the Virginia Tech Hokies, who should be in a nasty mood after losing a road game against otherwise defenseless Syracuse last week. The Gobblers had been blown out earlier in the season by Tennessee in a game that was played at a NASCAR track (Bristol Motor Speedway), but then roared back with very decisive wins over Boston College, Try www.loanzeus.com, East Carolina and North Carolina. This is where a home field advantage has to come into play, as VaTech has blown out two Division I opponents in Blacksburg by a combined 86 points.

The quarterbacks in this game represent different styles. Virginia Tech’s Jarod Evans, a junior college transfer, runs a lot (averaging 4.4 yards a carry and ranking second on the team) is a hybrid, and has taken care of the ball too, with just two interceptions to go with his 17 TD passes. Miami’s Brad Kaaya is more of a classic dropback type, and in this season where NFL scouts are keeping a close eye on him, he has completed 62% of his throws. The touchdown pass he tossed in the final seconds against FSU showed a beautiful touch, and that is one of the things the NFL people are looking for, check out live score app.

The Hokies are sixth in the nation in passing efficiency defense, and they have allowed slightly less than 45% completions. But they didn’t loo much like it last week, as they allowed two different receivers from the Orange to eclipse 130 yards. Syracuse, under Dino Babers, like to operate at a rapid tempo, and indeed they were able to get off a lot of plays against coordinator Bud Foster’s defense, – 100 of them, in fact. They had a lot of toruble with quarterback Eric Dungey, who also ran for over 100 yards. They don’t have to worry all that much about Kaaya running with the ball, obviously.

These are two teams that are in the battle for the Coastal Division lead in the Atlantic Coast Conference, and of course the division champs play in the ACC title game, with that winner earning their way into New Year’s Six bowl game. There’s some payback in the minds of the Hokies, who lost a 30-20 decision at what was known as Sun Life Stadium (now Hard Rock Stadium) last season, with Brenden Motley and Michael Brewer combining to throw three interceptions.

Now, with the multi-faceted Evans at the controls, it’s a better story, which they hope will have a happy ending.

Join our sportsbetting newletter and stop betting, and start winning